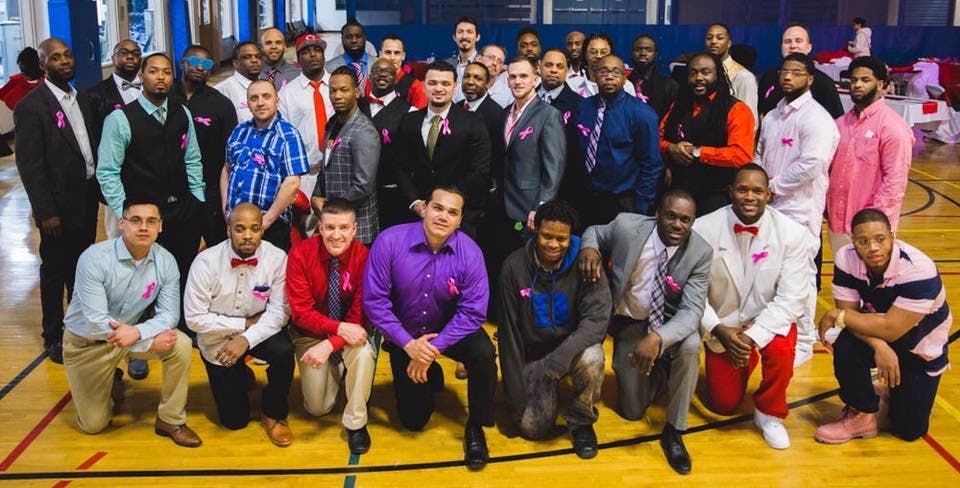 The Fatherhood Franchise Program (TFFP) is an evidenced base  program that supports fathers from all backgrounds to be the best fathers they can be. While all fathers are welcome, the program caters to fathers who are formerly incarcerated or non-custodial fathers struggling with child support. The program provides social, emotional and mental support to this group of fathers as they overcome challenges of reentry and child custody. TFFP also provides education and resources to help fathers achieve educational, career and financial goals. TFFP is one of the go-to places for fatherhood support in the Kenosha, WI community. The Fatherhood Franchise recently developed an online training platform to continue supporting fathers through the pandemic. TFFP now and is able to engage fathers from all over the world.

Using evidence-based programming, TFFP gives fathers the tools and skills needed to go from good to great as fathers. While the focus is on fatherhood the ultimate goal is to decrease the incidents of fatherless children, build community and strengthen families in the Kenosha community and beyond.

See What Sets us Apart

The Founder of TFFP is Sharmain Harris.  After serving time in prison, Sharmain worked hard to overcome the barriers to successful reentry into society. He was fortunate to not have biological children while in prison but after returning he had his first child.  He credits the birth of his child for opening his eyes and shares his life journey with the fathers he works with.

Sharmain is mostly known for his involvement in establishing the Dedicated Dads Program of Kenosha at WIC (Women, Infants, and Children). After working as, a volunteer to engage fathers, he was eventually hired. Within the first year Sharmain supported over 100 fathers to go through the program. He helped the program go from grassroots to recognized nationally.

The program Sharmain led eventually received the excellence in community action award from WISCAP (Wisconsin Community Action Program. Shortly after Sharmain received the NAACP positive impact award, the 20 under 40 award, and the Young Leaders in Kenosha award. In 2016, the Kenosha District Attorney helped Sharmain reduced his parole sentence by 4 years early for my work in the community.

Around the same time, Sharmain received a full scholarship to Carthage College to study Business Management and Marketing. In May of 2021, he earned a Master degree in Business Design and Innovation.

In September of 2021 Sharmain will be eligible to receive a full pardon from the State of Wisconsin for his past crimes. He is hopeful that he will be pardoned

Sharmain uses his story of resilience in fatherhood as an example for fathers with similar backgrounds to see that success is possible when putting their children first. Sharmain’s real, raw and direct approach to engaging fathers has been the Key to The Fatherhood Franchise Program.

We believe that fatherlessness and mass incarceration are the greatest issues affecting urban communities.

We believe that children greatly benefit from the presence of their fathers.

We believe that formerly incarcerated fathers who spend more time with their children decreases the likelihood of crime which leads to reduced recidivism.

We believe that non-custodial fathers who spend more time with their children are more consistent with child support payments.

The Fatherhood Franchise program thrives off partnerships with family service organizations looking to support fathers more. Besides child support, many programs are unable to provide father specific programming to the families they serve. In addition to that, many of the fathers are economically disadvantaged. Partner programs with budgets can allocate funding to sponsor fathers through the course.  TFFP should be seen as a resource to organizations wishing to support the fathers and families engaged in their programs.

Submit your email and find out more how TFFP can partner with your program.

The Fatherhood Franchise Program is currently partnering with the Kenosha County Child Support office to provide programming. The child support office has several programs that support fathers in gain soft skills and interviewing skills. They also support them in finding gainful employment. They refer fathers to TFFP to provide them with social/emotional support as they strive to be better. TFFP gives the fathers additional support as they overcome challenges of both employment and fatherhood.

Working directly with the Child Support Supervisor, we have created a referral system for all of the fathers engaged in child support services. After meeting with their case manager, a referral is sent to TFFP. Once received, our staff gives them a direct call to enroll them in TFFP. Once enrolled they are given access to the online training platform and become a part of the TFFP family.

If you are interested in learning how TFFP can support the fathers you serves please submit your email and we will be in touch. 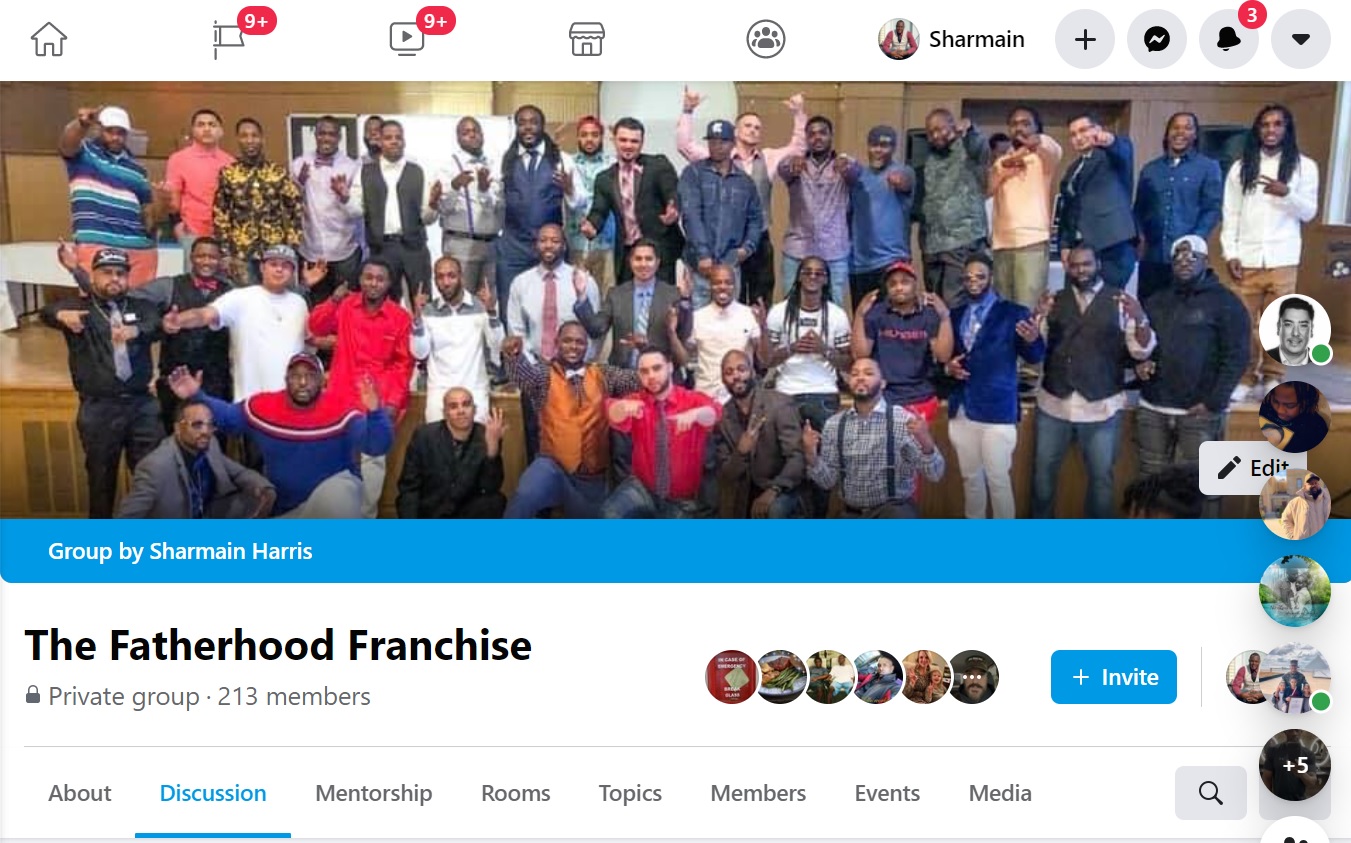 Using Zoom video conferencing fathers meet with fathers from everywhere to engage and connect. All coaching sessions are saved and added to the video modules in the course. Select coaching sessions is uploaded to youtube but sensitive topics are always kept private and only available to those enrolled. 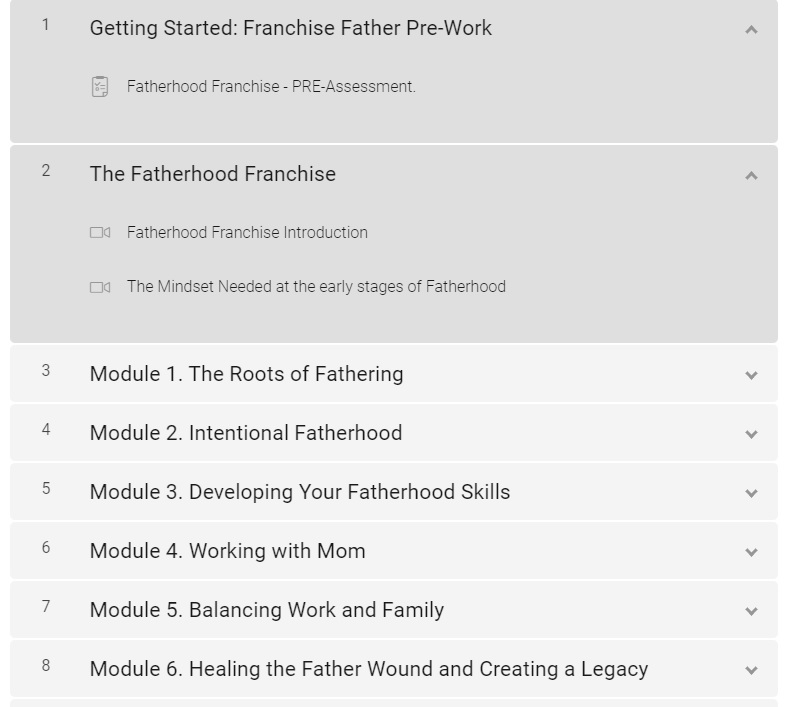 The course is preloaded with video lessons on a range of fatherhood topics. In addition to the topics, fathers get access to one on one podcast-style interviews with myself and other fathers. The video modules allow fathers to complete the course at their own pace.

After completing the program we have a graduation ceremony for the fathers. This ceremony gives the fathers and opportunity to show the impact of the program to their families and community members. The pandemic has prevented us from having one since we went fully online.

Here is a Graduation Ceremony from when Sharmain  was still working with the  Dedicated Dads Program at W.I.C 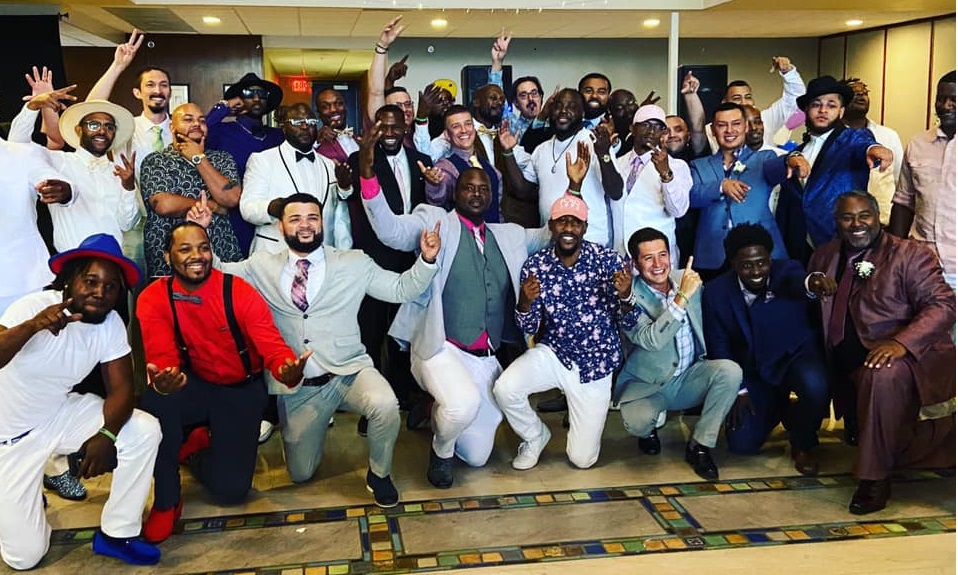 If you strongly feel this online training can benefit the fathers you serve in your programs and services please submit your email. Once you have done so we will contact you to schedule a phone call to see if it make sense for us to partner.

Sponsors are organization committed to supporting fathers  access to the course, the curriculum, and the COMMUNITY

If it wasn't for the Franchise Fathers program many fathers would not have that outlet they need to vent. The program provide me a support groups of fathers that I can share personal stories with and get feedback in real time.

The program has challenged me to expand my thinking. I've been a fathers for over 27 years and I'm still learning. It's good to have a platform and hear other perspectives on fatherhood.

I really enjoyed the idea of "checking in" with our families that I got from group. I learned this concept in the fatherhood program and implemented it immediately. Now, at least once a month, I asked my wife and kids how I am doing as a dad. The feedback is incredible
View more courses